How to Install CentOS on WSL Windows 10

Let’s TotalDrivers.net learn how simple it is to manually install CentOS on Windows 10 Subsystem for Linux and run commands in the RHEL YUM or RPM repository.

Windows Subsystem for Linux, also known as WSL for short, is implemented by Microsoft in Windows 10 and Windows Server 2019 operating systems, to provide compatibility and execution of  Linux binaries.

To install Linux Distro images in general, users have to rely on the Microsoft Store, which has a number of precompiled lightweight images. Currently, the Linux WSL images available are  Ubuntu,  Kali Linux, Debian, AlpinLinux, OpenSUSE and SUSE Enterprise Server. Therefore, if you want to try some Linux operating systems like CentOS/RHEL (Red Hat Enterprise Linux) and Arch Linux then you have to install them yourself on Windows 10 Subsystem for Linux. Today’s article will show you how to do that.

Note: Before installing CentOS on WSL, you must activate the Windows Subsystem for Linux. If you don’t know how to do that, then read the article: Run Linux on Windows 10 without a virtual machine, here are 18 things you should know for more details.

How to Install CentOS on Windows 10 Subsystem for Linux

The first thing required is a CentOS on WSL (Windows 10 FCU or later), based on WSldl. It’s basically a compressed file that contains rootfs and some other files. CentOS as WSL Instance is an open source project available on Github, so get it here. The latest version at the time of writing is CentOS 7.6. 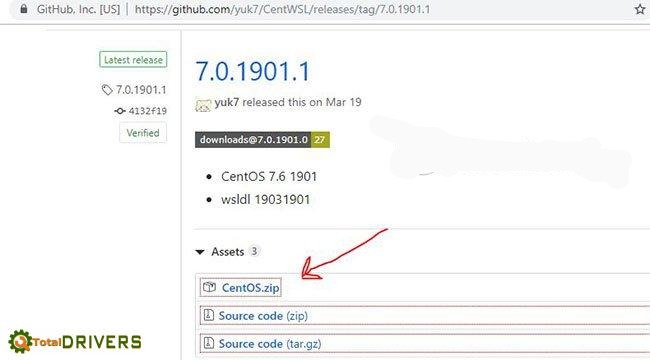 The size of the downloaded folder will be around 300MB and after downloading, right click to extract this folder. Here, the article is using WinRAR to extract the files. However, you can use the default Windows program or any other option to extract it. 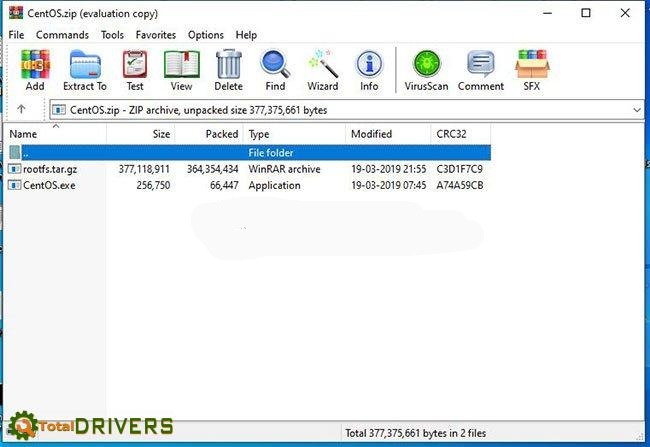 After extracting the folder, you will see 2 files in it: The first file is  rootfs.tar.gz  and the second file is  CentOS.exe. You need to run CentOS.exe to extract the files and register them on WSL. Right click on the file and select Run as administrator. 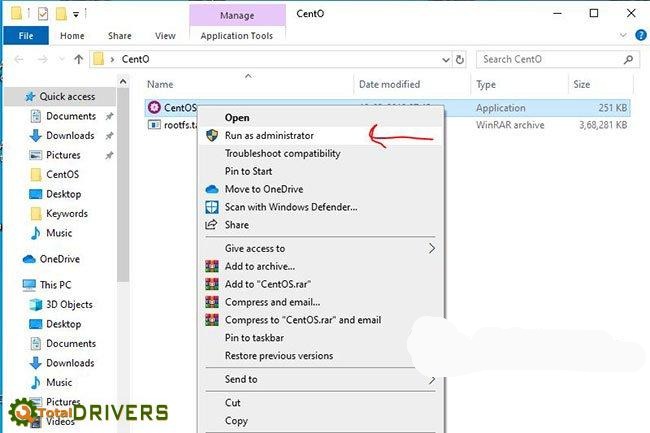 Once the installation is complete, you will receive a message on the CentOS command screen. Now, press the  Enter  key to exit the setting.

To run CentOS 7, again go to the extracted folder of CentOS for WSL and this time you will see 4 files. Again, right click on Centos.exe and select Run as administrator. 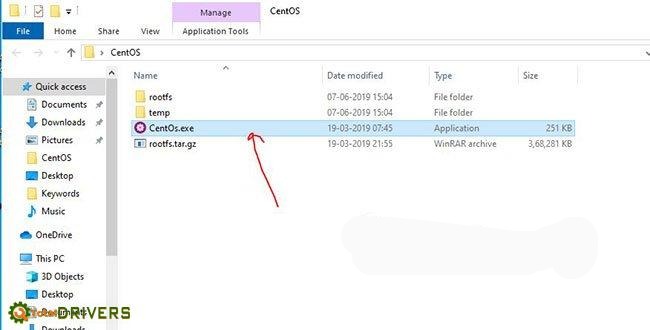 Finally, the manually installed Linux subsystem for CentOS is here.

You can run any command you want to execute on CentOS, just to check if it works fine. The example is running the command to update CentOS using YUM. 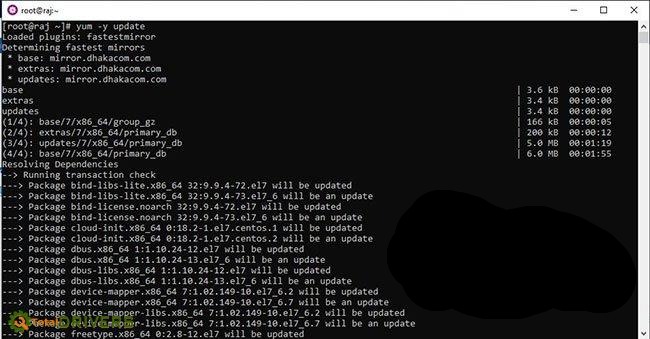 If in the future you accidentally delete the CentOS WSL folder and want to reinstall it, you need to delete the existing installation first.

To uninstall CentOS 7 WSL just use below single command:

Then again extract the files from the CentOS zipped folder you downloaded above and then run  Windows 10 PowerShell with admin rights, navigate to the extracted folder and run the command below:

To reinstall, run the executable CentOS.exe in the same extracted folder to register the files to the Windows 10 Subsystem for Linux.

Hope you are succesful.

How to install Windows Subsystem for Linux 2 on Windows 10

How to install Active Directory on Windows Server 2019

How to set up only allowing Microsoft-verified application...

How to find files quickly with Everything

Summary of ways to launch Task Manager in...

How to add folder shortcuts to the Start...