Xiaomi’s Mi Band series is one of the best-selling fitness trackers in the world, thanks to its stable feature set, long battery life, and affordable price tag. The new Mi Band 6 has many similarities to the Mi Band 5 but has two major improvements: the screen size has increased to 1.56 inches compared to last year’s 1.1-inch screen and has a concentration sensor new blood oxygen (SpO2).

However, there are still a few features missing, at least on the international version of the Mi Band 6. Here’s all there is to know about the latest wristwatch from Xiaomi.

As soon as it came out of the box, the device screen was already lit. The Mi Band 6 looks identical to the Mi Band 5. They have the same long oval mold surrounded by a silicone band. The screen and strap are removable, revealing only the small oval plastic case.

Xiaomi does not disclose the weight of the Mi Band 6 in the official press documents. However, when users try to weigh this device (without a strap), it weighs only 14g. At 12.7mm thick, the Mi Band 6 is a compact fitness tracker that can be worn all day, something the Apple Watch and Fitbit Sense can hardly do.

The original strap of the device is black, but you can also purchase different color bands separately. Wear it on any wrist for a snug and comfortable fit.

The new 1.56-inch display of the Mi Band 6 has a resolution of 152 x 486 and a brightness of up to 450 nits and it looks quite nice. Under the sun, the screen and colors are still sharp and vivid.

Around the back are the usual heart rate sensors, the new SpO2 sensor  and two magnetic pins for charging that you won’t charge often because the Mi Band 6’s 125 mAh battery is enough to provide up to 14 days of power in just one charge. This statement from Xiaomi is very credible as many users have actually experienced such battery life.

Inside, the device has more sensors, including an accelerometer and gyroscope. The Mi Band 6 doesn’t have built-in GPS, but it does have connected GPS, which means it can use your phone’s GPS and track your run.

Software and features of Mi Band 6

Xiaomi Mi Band 6 tracks all basic stats such as steps, active and resting heart rate, distance walked, calories burned, sleep, as well as 30 specific exercises (increased compared to 11 activities last year). These workouts range from the basics like running and cycling to more specialized activities like rowing, badminton, and HIIT.

As far as testing goes, the device’s step tracking is highly accurate, but the sleep tracking still has some flaws. For example, sometimes when you suddenly wake up for about 30 seconds to 1 minute, the Mi Band 6 considers it a full wake up and stops the sleep tracking sensor. Apple Watch, Fitbit Sense or Honor Band all had no problem in this case.

The new blood oxygen (SpO2) monitoring seems to work well. Hold the device still for about 20 seconds, then the score will be listed on the screen. When comparing the blood oxygen level displayed by the Mi Band 6 (95%) with the readings of the Apple Watch 6 and they are identical, this must be an indication of an accuracy. In addition, Mi Band 6 also has menstrual cycle tracking of women.

Since the Mi Band 6 has no physical buttons, navigation is done through swipes and touches. For the most part, the user interface is easy enough to use as everything is where it should be. You can also customize what shows up on the watch in the Mi Fit app.

Tracking and other features 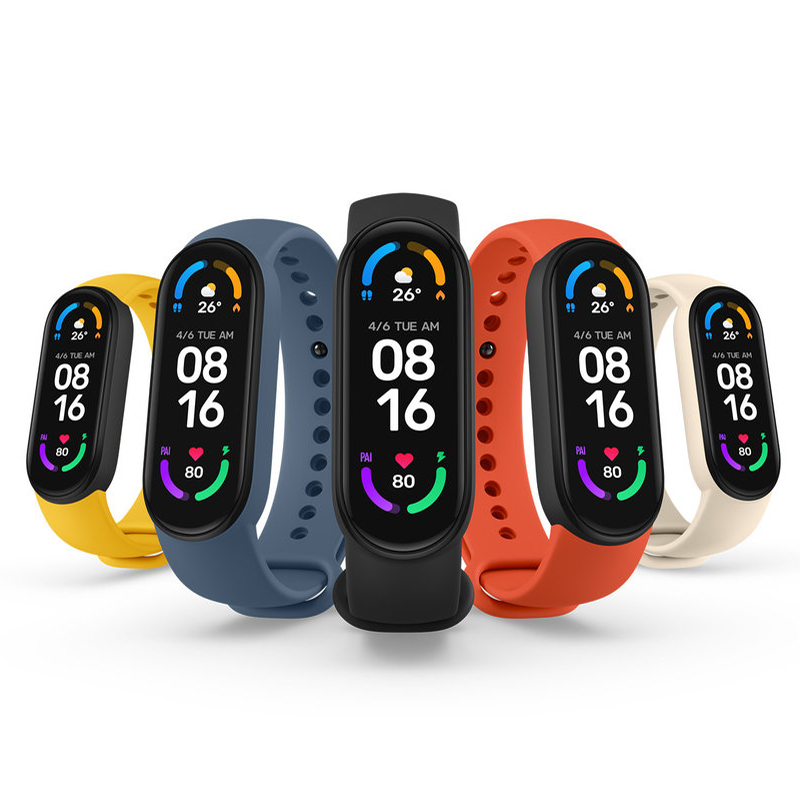 Now, should you upgrade if you already have the Mi Band 5? Unless you really care about your blood oxygen levels, this could be for good reason during this sensitive time. But if you are using the older Mi Band then the Xiaomi Mi Band 6 is one of the best options you have.

How to turn off Windows Update on Windows 10